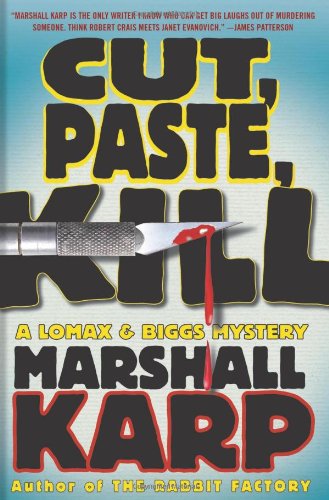 In Karp’s excellent fourth mystery featuring LAPD detectives Mike Lomax and Terry Biggs (after 2009’s ), the pair look into the stabbing death of British citizen Eleanor Bellingham-Crump, who escaped prosecution for killing a 10-year-old boy while driving drunk by virtue of her husband’s diplomatic immunity. The killer left a scrapbook at the scene detailing the circumstances of Bellingham-Crump’s crime. The FBI fills the detectives in on two other murders, apparently by the same killer, a vigilante targeting criminals who managed to evade justice. The investigators luck out when a lead takes them to Gladys Wade, an inmate who claims to know the murderer’s identity and wants to barter that secret for her parole. Karp offers multiple twists that will keep most readers guessing until the end, and balances the grim plot with Biggs’s inexhaustible supply of genuinely humorous one-liners. Kinky Friedman and Carl Hiaasen fans should latch onto this series.