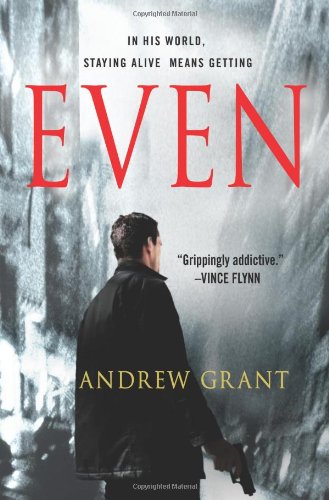 Jason Bourne fans will welcome Grant's thrill-packed debut, which introduces Lt. Cdr. David Trevellyan, of Royal Navy Intelligence. Near the end of a mission in New York City, Trevellyan's chance discovery late one night of a bum in an alley with six neatly arranged bullet holes in his chest makes the secret operative the NYPD's prime suspect in the man's murder. After the FBI takes over the case, Trevellyan learns the victim was an undercover agent for the bureau, the sixth to die in a series of killings. Disavowed by his British bosses, Trevellyan realizes he has to fend for himself in what is clearly some sort of frameup. A villainess with a taste for genital mutilation lends a James Bondian touch, but Grant, bestseller Lee Child's younger brother, never strikes a false note in a plot that could have gone over-the-top in lesser hands. Effortlessly filling in bits of his protagonist's backstory during breathing spaces between action scenes, Grant closes on a nicely dark note.