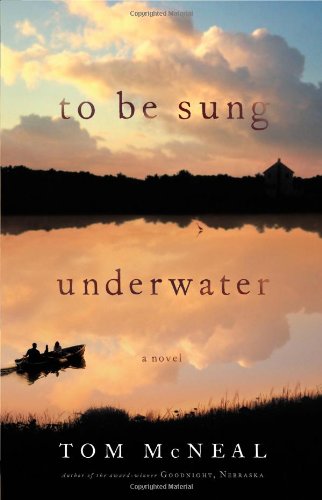 To Be Sung Underwater

Judith Whitman is 44, questioning her life, and thinking about the hometown boy she jilted almost 30 years before in McNeal's affecting second novel (after Goodnight, Nebraska). At Stanford, Judith had met the "older, urbane" Malcolm and they married, moved to Los Angeles, and built an enviable life. Now she's bored with her suave, unfaithful banker husband, guilty about her lack of maternal feelings for her teenage daughter, and overburdened and distracted at her job editing a "respected television drama." McNeal's agile prose manages to render Judith sympathetic, though she's not an easy character to like. Flashbacks evoke her youth in Vermont, and her decision, when her parents separate and her mother becomes neglectful, to move to Nebraska to live with her father. When Judith, as a high school senior, falls in love with Willy, a local intelligent and sensitive carpenter, she imagines a simple life in the town of Rufus Sage, but after she leaves for college the relationship unravels. Despite a slow start and dialogue heavy on aphorisms, McNeal succeeds with his obvious affection for the daily rhythms of life in Nebraska and his sensitive exploration of marital stresses and psychological accommodations, in addition to a moving surprise denouement. (June)
close
Details