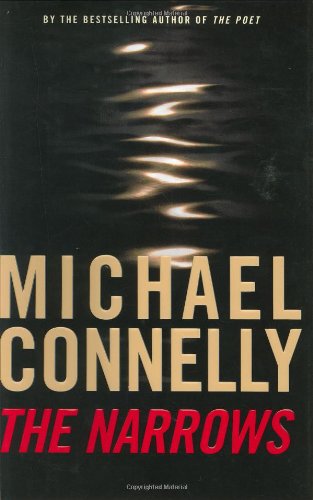 There's a gravitas to the mystery/thrillers of Michael Connelly, a bedrock commitment to the value of human life and the need for law enforcement pros to defend that value, that sets his work apart and above that of many of his contemporaries. That gravitas is in full force in Connelly's newest, and as nearly always in the work of this talented writer, it supports a dynamite plot, fully flowered characters and a meticulous attention to the details of investigative procedure.

There are also some nifty hooks to this new Connelly: it features his most popular series character, retired L.A. homicide cop Harry Bosch, but it's also a sequel to his first stand-alone, (1996), and is only his second novel (along with ) to be written in both first and third person. The first-person sections are narrated by Bosch, who agrees as a favor to the widow to investigate the death of Bosch's erstwhile colleague and friend Terry McCaleb (of and ). Bosch's digging brings him into contact with Rachel Walling, the FBI agent heroine of , and the third-person narrative concerns mostly her. Though generally presumed dead, the Poet—the serial killer who was a highly placed Fed and Walling's mentor—is alive and killing anew, with, we soon learn, McCaleb among his victims and his sights now set on Walling. The story shuttles between Bosch's California and the Nevada desert, where the Poet has buried his victims to lure Walling.

The suspense is steady throughout but, until a breathtaking climactic chase, arises more from Bosch and Walling's patient and inspired following of clues and dealing with bureaucratic obstacles than from slash-and-dash: an unusually intelligent approach to generating thrills. Connelly is a master and this novel is yet another of his masterpieces