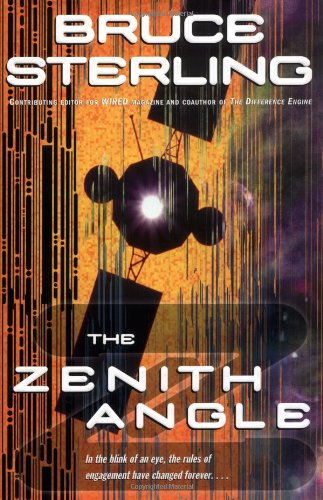 The godfather of cyberpunk abandons SF in this satiric look at the high-tech security industry after 9/11. Dr. Derek Vandeveer gives up his high-paying job in private industry in order to try to help the government plug the nation's most serious computer security leaks. Unfortunately, he soon discovers that many of the worst problems are either too expensive to fix or impossible to deal with for political reasons. Vandeveer finds himself living in a slum in Washington, D.C., up to his ears in red tape and surrounded by a cast of would-be cyber warriors and failed dot-com entrepreneurs. Even worse, he's paying for the equipment he needs out of his own pocket. Worst of all, Vandeveer's wife Dottie, a world-class astronomer, is off on a mountaintop in Colorado. Meanwhile, something or someone is playing games with America's most sophisticated spy satellite and Vandeveer stakes his reputation on solving the mystery. Sterling ( ) knows the world of cyber-security inside out, and he does a fine job of talking the talk without losing his readers. The Vandeveers have a convincingly believable geek marriage and their scenes together are particularly well done. Sterling has always been more comfortable with satire than action, however, and the shift near the end to techno-thriller mode isn't entirely successful. Still, this novel should please the author's fans, many of whom will be interested in the latest innovations in computer security. ( )