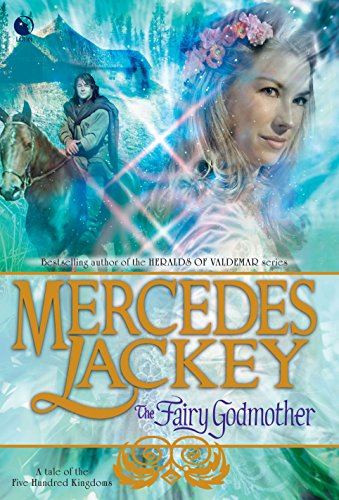 The prolific Lackey (the Valdemar series) draws on the darker, Brothers Grimm side of fairy lore for her enchanting tale, the first title under a new Harlequin imprint to spotlight romantic fantasy. In the land of the Five Hundred Kingdoms, the Tradition, that ineffable magic, holds the promise of happily-ever-after for all deserving young maidens and courteous princes charming. But the Tradition also leads some in its thrall to pain, suffering and gruesome death. Feisty 19-year-old Elena Klovis seems destined to be an Ella of the Cinders (Cinderella), at the mercy of her wicked stepmother and greedy stepsisters. To escape their clutches, Elena tries to get work as a maidservant, but her fairy godmother, Madame Bella, has other plans for her. Elena becomes Madame Bella's apprentice, doing her best, among other challenges, to ensure that evil does not subvert Tradition. The only problem is that fairy godmothers are not themselves allowed to fall in love. It's up to Elena, who has vowed to reform a wayward prince, to tease out the threads of a new Tradition. Lackey has created an intelligent, self-possessed heroine with whom many readers will identify.