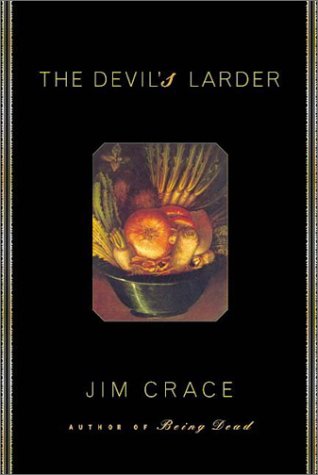 The line between nature and culture, according to Levi-Strauss, runs through our kitchens—between the raw and the cooked. In Crace's book of 64 food fables, the raw and the cooked are sequenced in sometimes bizarre ways: a woman remembers her mother's version of "soup stone," its magic ingredient a stone found on the seashore; a famous restaurant in an isolated Third World locale becomes chic by supplying appetizers of "soft-bodied spiders, swag beetles, forest roaches" and, as a main dish, the famous Curry No. 3, which is rumored to contain human meat; researchers discover a food additive that causes sudden, unmotivated laughter and try it out at a waterfront restaurant on unsuspecting tourists. The gnomic pronouncements that often initiate these stories caan be strained. Not only is it not true that "there is no greater pleasure than to be expected at a meal and not arrive," it is not the kind of claim that leads us into an interesting paradox or thought experiment. Other pieces are successful at evoking the powerful childhood associations of food. A story about a boy whose neighbor becomes a suburban Thoreau, living outside, angling in a river, excreting on what he grows and then eating it and handing it out to be eaten by others, expresses elegantly the child's perception of the alien as both frightening and perversely fascinating. These fables are five-finger exercises—simple, enjoyable, but lacking in depth.