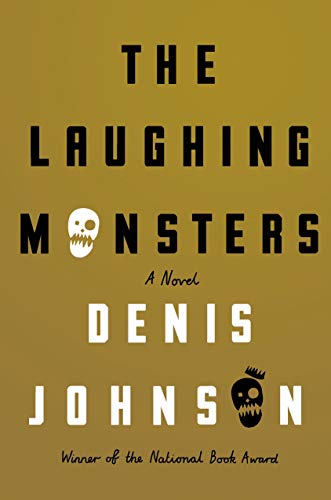 Best known for writing about Vietnam (Tree of Smoke won the National Book Award) and America’s dispossessed (Jesus’ Son; Angels), Johnson sets his new literary spy thriller in Africa. Roland Nair, a Scandinavian with a U.S. passport, returns to the continent where he once made a fortune when his longtime friend Michael Adriko invites him to Freetown, Sierra Leone. The stated reason is to attend Michael’s wedding to his newest fiancée, Davidia, but because both Roland and Michael have spent their lives working for various government and military organizations, Roland has reason to suspect that Michael has a hidden agenda. Soon Roland, Michael, and Davidia are traveling deeper and deeper into Africa, their destination a mystical place called Newada Mountain in the Congo: Michael, a war orphan, remembers it from his chaotic, violent childhood. NATO, the U.N., Mossad, and Interpol get wrapped up in his dangerous plan. Much of the novel follows the shifting military and political loyalties in a post-9/11 world, and there is plenty of subterfuge and secrecy, but Johnson’s at his best when describing the pervasive, threatening strangeness of Roland’s life in Africa. Huge insects, dangerous bogs, something called “Baboon Whiskey,” a dining room that only plays Nat King Cole’s “Smile” over and over, and even, toward the end, some effective nods to Heart of Darkness all help to make the book’s setting its strongest character. (Nov.)
close
Details