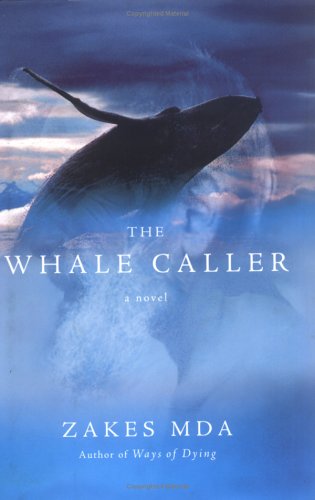 In this follow-up to last year's excellent , the title character, in leading an off-shore "dance" with a whale named Sharisha by blowing a kelp horn, spills his seed in his trousers. Things pretty much go downhill from there in Mda's unconvincing fifth novel, a hodgepodge of allegory, pop psychology, faux naïve diction and occasional references to the new South Africa. The Whale Caller, as he is called wearyingly throughout, is torn between his very real lust for Sharisha, whom he courts from the shore, and his inarticulate affection for Saluni, the town drunk. Saluni herself is torn between love for the Whale Caller, love of the bottle and what she calls an "addiction" to a pair of singing, nine-year old sisters whom she has dubbed the Bored Twins. Aside from Saluni's jealousy of Sharisha, all goes well until the Bored Twins get to record an LP, Saluni's lust for fame is fabricated and disappointed within the space of a few pages, and tragedy befalls both of the Whale Caller's leading ladies. But the symbolism at the heart of this novel (the unattainable whale) is pushed so ludicrously far and left so carelessly unmoored to believable characters or real-world specifics that the novel drifts away from the reader.