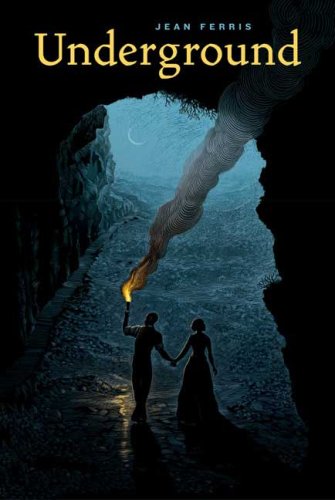 Ferris ( ) often centers her novels around change and choice, both of which come into play in this historical novel based on two real-life slaves who meet in 1839 Kentucky. With his lenient master, Stephen Bishop firmly believes that the freedom he feels exploring and guiding white folks through Mammoth Cave's intricate passageways is enough for him. But the arrival of 16-year-old Charlotte, the narrator, shakes that belief to the core. Bought to be a maid at the Mammoth Cave Hotel, Charlotte shares with Stephen both her misgivings about the cave, which has only one exit (“That made me even more sure I wasn't going in there. I was already one kind of trapped. I didn't want to be any other kind”) and her mistrust of any master who can sell her away from people she loves. Before long, Stephen's comfortable world no longer seems so perfect. Like the arduous journeys of the runaway slaves who Charlotte and Stephen help, Ferris's story moves slowly at times, picking its way through the daily struggles the slaves face even under relatively benign conditions. Some of the most exciting moments come when Ferris takes readers underground into huge Mammoth Cave to reveal bits and pieces about its topography and lore. Interspersed, too, are the stories of “runners” (runaway slaves) who remind Charlotte (and the audience) that the flight North is at best harrowing. Careful groundwork sets up both a love story and a daring adventure, which dramatically collide in a well-executed climax. Ages 12-up.