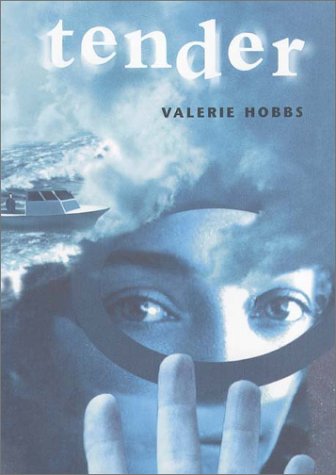 In this sensitive novel, Hobbs () chronicles the insecurities of a New York teen whose life is turned upside-down after a family tragedy. At the start of the novel, 15-year-old Olivia Trager, whose mother died the day she was born, loses her beloved grandmother, the woman who raised her. With nowhere else to turn, Liv heads to California to be with her father, Mark, an abalone diver who has neither spoken nor written to his daughter since she was a baby. Luckily, his gregarious girlfriend, Sam, is more welcoming than her reticent father and his shabby apartment. Liv opens up to Sam, but remains distanced from her father until he literally puts his life in her hands by making her his "tender," the person responsible for watching his lifeline while he dives. Introducing a cast of complex, convincingly vulnerable characters and possessing a keen understanding of adolescent moods and concerns, the author creates a taut psychological drama. Liv, her father and Sam grow closer together as they weather several crises—including a boat collision at sea and Sam's discovery that she has cancer. Those seeking a thought-provoking, emotionally stirring read will become intimately involved in Liv's quest to understand herself and the man who abandoned her at birth. Ages 12-up.