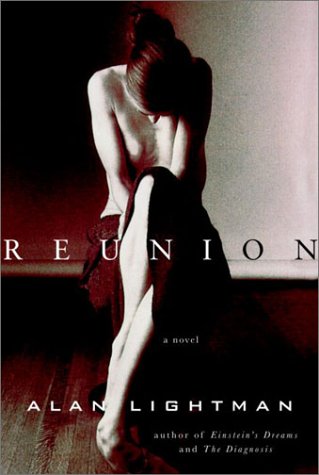 Lightman (, etc.) indulges his romantic side in this fourth novel, coming dangerously close to mawkishness with a tale of an aging professor pining for his lost youth. Charles, 52, teaches literature at a small college; once an aspiring poet, he is now content to read instead of write. Divorced from his wife and not particularly close to his grown daughter, he is lonely but takes defensive pleasure in material comfort ("Do I lead the life of a selfish shit? So be it. I am content in my shithood"). Upon attending his 30-year college reunion, a vision of his 22-year-old self startles him into recalling in exhaustive detail the great love affair of his life. Juliana, a fiercely ambitious New York City dancer, bewitches him with her beauty, determination and sheer unknowableness. After he meets her at a coffee shop, he makes many two-hour bus trips into the city to see her, attending her rehearsals and meeting up with her after hours in the dancers' dressing room. On a brief visit to Charles's college, Juliana meets his wolfish poetry professor; some time later, Charles discovers she is sleeping with him, too. This dramatic if unlikely development is quickly followed by another, which threatens to end Juliana's dancing career and leads to Charles losing her. In revisiting pivotal confrontations, Charles realizes that he has remembered things crookedly, altering the facts to view his actions in a more favorable light. Lightman's re-narration of key episodes as re-remembered by Charles is a clever device, and his Vietnam-era scene setting mostly skirts cliché. But even Lightman's elegant prose can't infuse the all-too-familiar love story with fresh life. Juliana is numbingly idealized, and Charles, despite his self-knowledge (or because of it), is frustratingly solipsistic. In previous novels, Lightman's scientific and metaphysical inquiries gave a bracing rigor to his romanticism. Here, unadulterated sentiment leaves the reader flailing for a foothold.