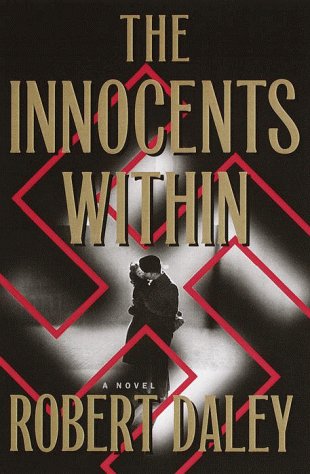 An American pilot shot down over central France during WWII falls in love with the Jewish ward of a pastor who runs an underground resistance network in this suspenseful and moving novel based on the true story of pastor Andr Trocm of Le Chambon sur Lignon. In England, 1944, New York-born fighter pilot Davey Gannon has not yet killed a man or slept with a woman. In France, German and Vichy officers are closing in on Pastor Favert, who with local accomplices has been hiding Jews to keep them from Nazi roundups. When Davey's plane crashes over the Massif Central during a mission, two villagers bring the wounded American to the pastor's house, unaware that Favert has been taken into custody. Rachel Weiss, a Jewish refugee the pastor is sheltering under the name Sylvie Bonaire, nurses Davey to health. They fall in love, and Davey vows to keep Rachel safe. Meanwhile, in Le Vernet concentration camp, the pastor preaches passive resistance and compassion, even while coping with wrenching spiritual dilemmas. With the Gestapo dragnet sweeping closer to Lignon, tension rises as the hidden Jewish children in the community seem destined to be discovered, and Davey's fate seems equally grim. Prompted to join the maquis, 19-year-old Pierre Glickstein, a talented forger of false identity papers, behaves heroically beyond his years. A prolific author of fiction and nonfiction, Daley (Prince of the City; A Priest and a Girl, etc.) depicts characters wrestling with moral decisions of every type: Favert deciding whether to lie about Jews converting to Christianity in order to save them, a policeman enforcing inhumane laws and a humble farmer risking his life for others. An expert on police procedure as well as an adept prose stylist, Daley precisely details communications, methods and logistics in the underground and in the bureaucracy bent on destroying it. The wartime romance at times seems as na ve as the lovers themselves, but Daley's portrait of clear-sighted heroism in a historical moment marked by moral crises is compelling. (Sept.)
close
Details