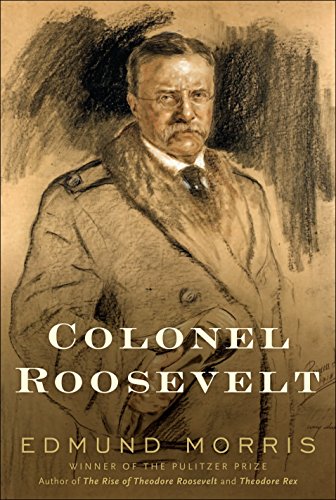 Having followed his 1979 classic, Pulitzer-winning The Rise of Theodore Roosevelt, with a fine account of his presidency, Theodore Rex, in 2001, historian Morris returns to top form in this enthralling story of Roosevelt's life after leaving office in 1909. As Morris says, TR's presidency was an impossible act to follow. The outgoing chief executive (1858–1919) welcomed his successor, William Howard Taft, and left the country for a year, but on his return plunged back into politics, angry at Taft's backsliding on reform. The rank-and file adored Roosevelt, but Republican leaders didn't, so he abandoned the party for the historic three-way 1912 campaign, during which two progressives, Roosevelt and Wilson, battled it out, and Taft came in third. Despite losing, only death interrupted Roosevelt's outpouring of political maneuvering, journalism, scholarship, exploration, and profuse, generally unwelcome advice to President Wilson. Like Robert Caro with Lyndon Johnson, Morris has devoted a career to one man with equally impressive results. This is a witty, insightful biography combined with a vivid political history of America from 1910 to 1919, centered on a relentlessly energetic ex-president. It is a joy to read. 64 illus.; 2 maps. (Nov.)
close
Details