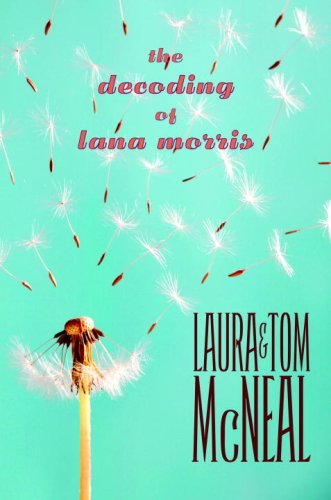 The Decoding of Lana Morris

his latest offering from the husband-and-wife team ( ) brims with affecting characters and an eerie plotline, colored by elements of the supernatural. Sixteen years old, headstrong and without parents, Lana Morris finds herself in a foster home full of “Snicks” (special needs kids) who are tenderly portrayed with a multitude of quirks. Their foster mother, Veronica, is hostile toward Lana, however, because Lana has a crush on Veronica's compassionate husband, Whit. In several disconcertingly romantic scenes, Whit takes advantage of Lana's misplaced affections in the interest of, in his words, “decoding” her. One of Lana's few lifelines to the outside world is Chet, her sympathetic neighbor. Lana hopes to break into his social circle of outcasts, riding in the trunk of their car to escape her routine. During one outing, Lana buys a box of paper that she comes to believe is the canvas on which she can redraw her life—a liberating idea. When Lana sketches a portrait of Veronica, her foster mother demands she erase it. Lana only gets as far as erasing one of Veronica's arms—the very arm Veronica loses soon after in a traffic accident. The sense of power Lana experiences through her sketches escalates—as do the results, which quickly spin out of control. Lana emerges as a fullyformed heroine; while some of the choices she makes may frustrate readers, her generosity and compassion for the “Snicks” should win her many fans. Ages 12-up.