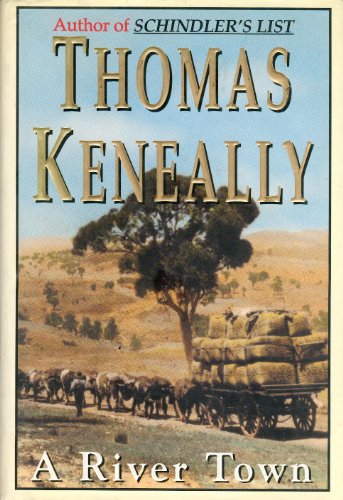 Australia at the turn of the century is the setting for Keneally's 21st novel, surely his most masterfully crafted, morally searching and compassionate work. Reflecting a keen and ironic awareness of social injustice, it's a thoroughly gripping story that follows its protagonist over a four-month span as some seemingly unrelated events take on tragic significance and move to a dramatic confluence and a dark night of the soul. Tim Shea, proprietor of a general store in Kempsey, a little river town in New South Wales, is aware that the community is devoid of refinement and amenities. Yet he is disturbed that the severed head of a young woman who died after an abortion is displayed in a glass jar to help the constable learn her identity. He is also dismayed to encounter the same hypocritical social conventions and rigid class stratifications that led him to leave his native Ireland. Yet Tim himself is prejudiced against young Muslim medicine hawker Bandy Habash, who tries to cultivate his good will, and he is only dimly aware of how the aboriginal tribes are scorned and subjugated by the new settlers. Content to be a devoted husband to Kitty and father to two children, a generous businessman and a modest bystander to the community's events, Tim is pushed into the limelight when he rescues two children orphaned in an accident; the destiny of one of them, little Lucy Rochester, becomes entwined with that of his own family. Then bubonic plague comes to Australia, and Tim's peril is financial as well as physical, for he stands to lose his livelihood even if he escapes with his life. Because of the enmity of some men in high places, he realizes he has become an outsider: ``I am a white nigger,'' he despairs. Keneally's adroitness in handling period detail is superb. He makes the cultural and historical background vividly clear: from the names of Australian writers and poets to the atmosphere engendered by England's insistent exhortations to Australians to join the mother country in the Boer War; from details of topography and weather to the emigrants' dress, social behavior and everyday speech. The narrative has a mesmerizing readability, a succession of inspired scenes whose unflagging momentum leads to a powerful denouement. The story is haunting because it is both commonplace and universal. Keneally looks clearly at moral rot, but he is cautiously optimistic about the survival of good people and the uplifting heritage they bequeath. Major ad/promo; author tour. (Apr.)
close
Details