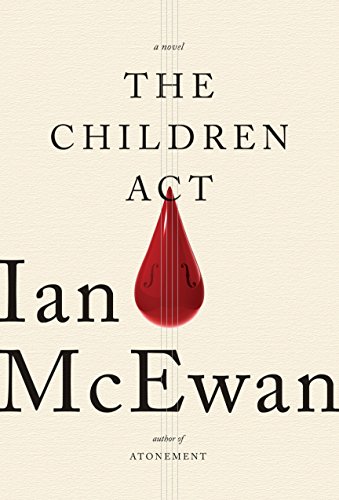 The 1989 Children Act made a child’s welfare the top priority of English courts—easier said than done, given the complexities of modern life and the pervasiveness of human weakness, as Family Court Judge Fiona Maye discovers in McEwan’s 13th novel (after Sweet Tooth). Approaching 60, at the peak of her career, Fiona has a reputation for well-written, well-reasoned decisions. She is, in fact, more comfortable with cool judgment than her husband’s pleas for passion. While he pursues a 28-year-old statistician, Fiona focuses on casework, especially a hospital petition to overrule two Jehovah’s Witnesses who refuse blood transfusions for Adam, their 17-year-old son who’s dying of leukemia. Adam agrees with their decision. Fiona visits Adam in the hospital, where she finds him writing poetry and studying violin. Childless Fiona shares a musical moment with the boy, then rules in the hospital’s favor. Adam’s ensuing rebellion against his parents, break with religion, and passionate devotion to Fiona culminate in a disturbing face-to-face encounter that calls into question what constitutes a child’s welfare and who best represents it. As in Atonement, what doesn’t happen has the power to destroy; as in Amsterdam, McEwan probes the dread beneath civilized society. In spare prose, he examines cases, people, and situations, to reveal anger, sorrow, shame, impulse, and yearning. He rejects religious dogma that lacks compassion, but scrutinizes secular morality as well. Readers may dispute his most pessimistic inferences, but few will deny McEwan his place among the best of Britain’s living novelists. (Sept.)
close
Details