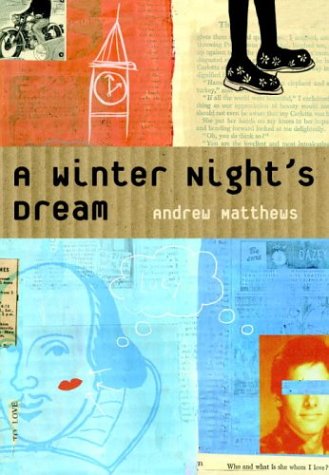 Matthews's ( ) charming novel, which riffs on the Bard's romantic comedy, unfolds in acts and scenes, as it alternates between two funny narrators, Stewart and Casey. Senior Stewart meets "absolutely perfect" freshman Lucy when he agrees to do the lighting for a dance concert in which she's performing; freshman Casey meets motorcycle-riding Dean at a wild party. Dean spills his troubles to Casey, telling her she's "easy to talk to"); at that same party, Stewart and Lucy share a dance and clever repartee. Through the eyes of the narrators, the author captures the rapture of first love ("Someone had noticed that I wasn't the same as everybody else, and that made me notice it too," muses Casey), and the naïveté that accompanies it (Dean has a quick temper and Lucy's first love is dance). Stewart and Casey each realize that, just as Casey's teacher sums up the similarly titled play he assigns ( ), they have fallen "in love with the wrong people." A subplot about Stewart's best friend falling for Casey's best friend grows rather thin, and both main characters' relationships come to quick ends. But the protagonists' entertaining narration will keep readers engaged (after meeting Lucy, Stewart tries to forget her, "but in order to do it, I had to think about her"), and the audience will likely be amused by the parallels in Stewart and Casey's stories that lead to their eventual meeting. Ages 12-up.