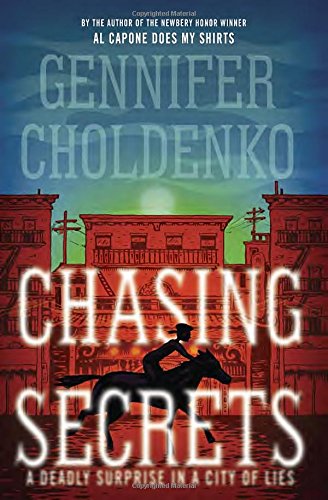 “Aunt Hortense says I try hard to be peculiar. But she’s wrong; I come by it quite naturally,” says Lizzie Kennedy, 13, who reluctantly attends a fussy finishing school in turn-of-the-20th-century San Francisco when she’d rather be making house calls with her father, a kindly doctor. (She and Jacqueline Kelly’s Calpurnia Tate could’ve been BFFs if they had lived nearby.) When Lizzie overhears talk about a bubonic plague outbreak, her father and her uncle, a wealthy newspaper publisher, dismiss it as rumor. Within days, however, Chinatown is quarantined, trapping the Kennedys’ beloved cook, Jing, and marooning his son, Noah, who he had secretly hidden in the Kennedy’s servants’ quarters. Ignoring the social mores that would prohibit Lizzie from befriending a boy her age, a servant’s child, or a Chinese person, she finds Noah much better company than her snooty classmates. A powerful subplot involving Lizzie’s older brother, Billy, shows that the controversy over immunization has long roots. Choldenko, who won a Newbery Honor for Al Capone Does My Shirts, delivers another engaging historical novel about a little-known event. Ages 9–12. Agent: Elizabeth Harding, Curtis Brown. (Aug.)
close
Details