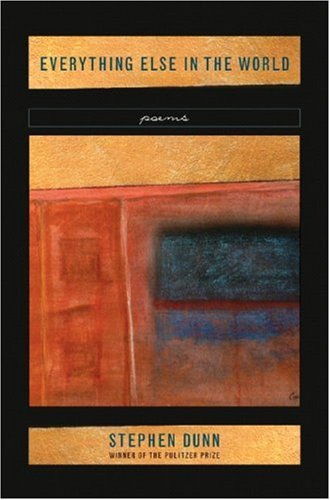 Everything Else in the World

Despite the sweeping title, Dunn's 14th collection stays close to home and true to form, engaging his personal history and ideas with straightforward intelligence, simple language and dry humor. The danger in these poems—lawlessness, heartbreak, violence—is mostly at the margins, in the past, read about or amusingly harmless, as when a tornado takes a barn but leaves the house and its poker chips so the game can continue. Exploring and explicating previous states of mind is one of Dunn's central concerns, often with the knowledge that nothing can "undo what's been done." Of an adulterer whose marriage sours, he asks the reader, "Can you say you're not envious... ?" When there's not enough wit or surprise, Dunn's abstractions and plain tone weigh down his lines. Elsewhere, however, he achieves a "quieter music" that accompanies the realization that "you've only just begun / to know how you feel."