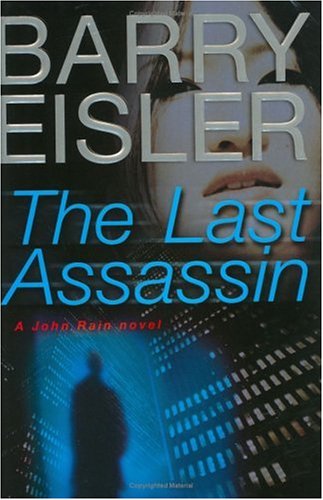 Japanese-American assassin John Rain would like to get out of the killing business in his fifth action-filled outing (after 2005's ), see the son he's only just learned of and perhaps try to reconnect with Midori, the child's mother. But first there's the little matter of the Japanese gangster Yamaoto and Yamaoto's Chinese triad allies, who are watching over Rain's son in New York City, not to mention Delilah, the beautiful Mossad agent who shares Rain's occupation and his bed. Seizing the initiative, Rain enlists the aid of his super-sniper friend, Dox, in a campaign to remove Yamaoto. Rain and allies clash with their many powerful foes in combat scenes full of lovingly detailed descriptions of knives, guns and other martial paraphernalia. Amid the threats to life, limb and loved ones, Rain finds time to enjoy good food, better whiskey and even better sex. While most of the action takes place in Japan, Eisler handles all the story's locales, including Manhattan and Barcelona, with considerable aplomb.