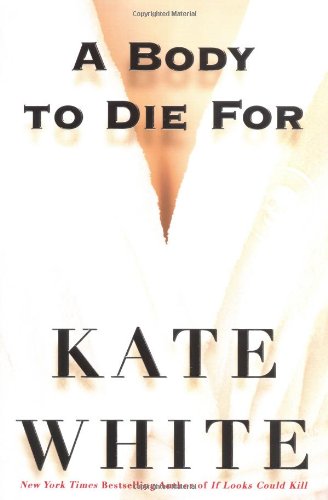 A BODY TO DIE FOR

Bailey Weggins, the heroine of editor-in-chief White's bestselling debut, (2002), proves that her sleuthing ability was no fluke in this solid follow-up. Depressed by her nonexistent love life, Bailey, a freelance true-crime writer for magazine, leaves Manhattan for some R&R at the Cedar Inn and Spa in Warren, Mass., owned and run by an old friend of her mother's. Her first night there, however, she stumbles on the corpse of one of the inn's female therapists—wrapped in silver Mylar paper. Anna Cole's murder, on top of the accidental death of a male client months earlier, could spell doom for the inn, unless Bailey can get to the bottom of things. Meanwhile, Jack Herlihy, the smooth shrink from her prior outing, surfaces with a plausible excuse for his earlier disappearing act, while "dashing" Jeffrey Beck, the local detective who's looking into Anna's murder, also attracts, despite his cool professional demeanor. Bailey bravely deals with threats (a dead mouse wrapped in Mylar in the mail), deftly pumps people for information (a scene with a local waitress is a gem) and comes to a startling conclusion after the murder of a second therapist just before the heart-stopping, heroine-in-peril climax. Though the glamorous New York magazine world has only a small role here, fans will find Bailey's sassy wit as engaging as ever and are sure to admire the skill with which White pulls together all the threads.

If Looks Could Kill