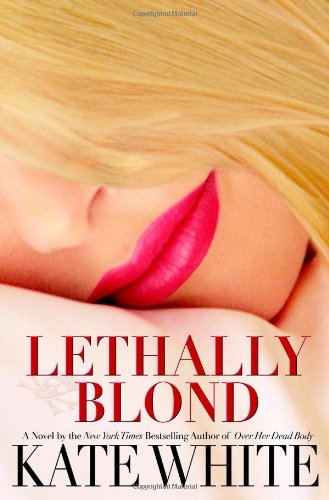 In this stylish, funny fifth caper (after 2005's ) from magazine editor-in-chief White, gossip mag reporter Bailey Weggins takes a moment off from tracking celebrity crime to hunt down a missing actor. Her one-time hunky fling, Chris Wickersham, calls on her for help finding his friend Tom Fain, who appears with Chris on the TV show , a -type drama shooting in New York City. Bailey and Chris learn that Tom had been having an affair with the producer's girlfriend and that he withdrew $7,000 in cash before he disappeared. Bailey's dogged pursuit of Tom's trail leads to his family home in upstate New York, where she discovers his rotting remains. Even when another member of the cast is murdered and Bailey also becomes a target of a very theatrical killer, her lively love life continues with a renewed flirtation with Chris and lingering attraction to another fling, documentary filmmaker Beau Regan. White's flair for pop culture and affection for single career women make this trendy romantic suspense cocktail an addictive read.