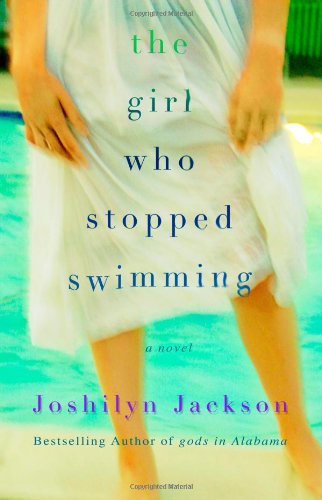 The Girl Who Stopped Swimming

Jackson matches effortless Southern storytelling with a keen eye for character and heart-stopping circumstances. Laurel, a high-end quilt maker, sees the ghost of a little girl in her bedroom one night. When it leads her to the backyard and a dead girl in the swimming pool, the life Laurel had hoped to build in her gated Florida neighborhood with her video-game designer husband, David, and their tween daughter, Shelby, starts to fall apart. Though the police clear the drowning as accidental, it soon appears that Shelby and her friend Bet may have been involved. Bet, who lives in DeLop, Laurel’s impoverished hometown, was staying over the night of the drowning and plays an increasingly important role as the truth behind the drowning comes to light. Meanwhile, Laurel’s sister, Thalia, whose unconventional ways are anathema to Laurel’s staid existence, comes to stay with the family and helps sort things out. Subplots abound: Laurel thinks David is having an affair, and Thalia reveals some ugly family secrets involving the death of their uncle. What makes this novel shine are its revelations about the dark side of Southern society and Thalia and Laurel’s finely honed relationship, which shows just how much thicker blood is than water.