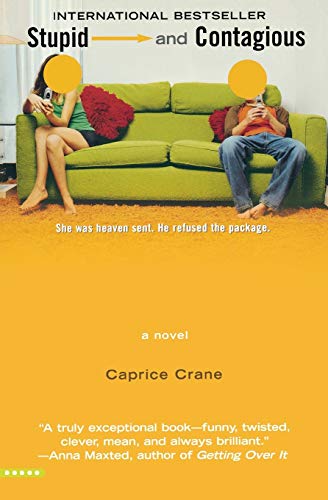 This funny duet pairs two New York City 20-something neighbors: Heaven Albright, whose reversal in fortunes transforms her from über-PR exec to bumbling waitress, and Brady Gilbert, an aspiring music producer with problems navigating the bright lights of the big city. The story of their personal and professional travails unfolds in alternating chapters, appealingly narrated by zany Heaven and wry Brady. The two meet-cute downstairs at the deli, and even if the novel's arc is familiar (it's instantly obvious that Heaven and Brady's initial distaste for each other can never last), Crane's giddy, playful prose feels fresh. When Heaven inevitably gets fired from the restaurant, she joins Brady on a trip to Seattle, where he hopes for a face-to-face meeting with Starbucks founder Howard Schultz to pitch him an idea for Cinnamilk (the flavor left after you've eaten cinnamon cereal). The adventures that play out from New York to Seattle as the two pursue their idealistic dreams prove so much fun that a touch of predictability hardly matters. TV writer Crane heavily spices her debut with pop culture references from the '80s to the present day and keeps the story moving with snappy dialogue, a combo likely to entertain legions of (gum-popping) readers.