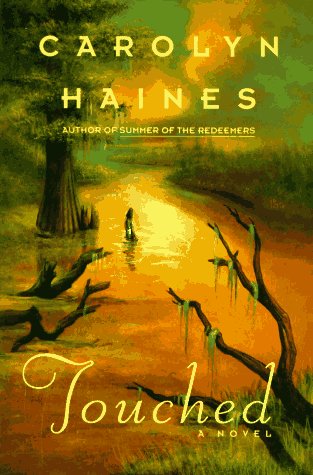 Haines's fresh and suspenseful second novel (after Summer of the Redeemers) is set in 1926, in the ""bleakly ugly"" Bible-belt town of Jexville, Miss., where dancing is looked upon as a sin and women are expected to be docile and religious. Sold by her abusive stepfather into a marriage with a cruel and perverted man, 16-year-old Mattie Mills is isolated and lonely until she meets JoHanna McVay and her nine-year-old daughter, Duncan. Independent and assertive, JoHanna scandalizes the hypocritical community and is barely tolerated. When Duncan is hit by lightning after dancing, her survival and subsequent powers of clairvoyance are viewed as signs of the devil by the gossipy townsfolk. Anyone who associates with the McVays is vulnerable to the town's unreasonable fear and hatred. In addition to Mattie, whose marriage has deteriorated into violence and degradation, those who suffer the community's wrath include Floyd, a mildly retarded adult possessing ""the trust and wonder of a child,"" and John Doggett, a writer who loves JoHanna. After a hurricane ravages the area, JoHanna, rightly believing that the superstitious townsfolk will blame her and Duncan for bringing it on, convinces the tightly knit, loving group of outcast friends to flee. Tension mounts to a high pitch as they are pursued and as Mattie and the McVays attempt to rescue Floyd and John, who are held prisoner by the vengeful community. Written with a languid sensuality, this rich and complex work features quirky, fully developed characters involved in an unpredictable story, with Mattie's long-awaited revenge providing a bittersweet but satisfying coda. (July)
close
Details