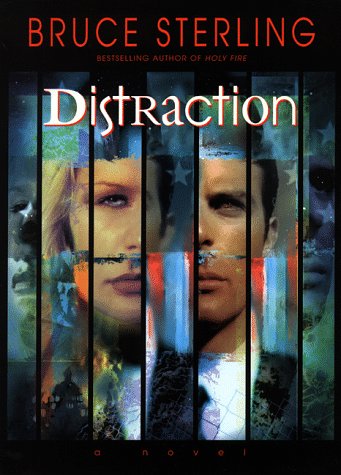 It's 2044 A.D. and America has gone to the dogs. The federal government is broke and, with 16 political parties fighting for power, things aren't likely to improve soon. The Air Force, short on funding, is setting up roadblocks to shake down citizens and disguising its tactics as a bake sale. The governor of Louisiana, Green Huey, is engaging in illegal genetic research and has set up his own private biker army. The newly elected president of the U.S., Leonard Two Feathers, is considering a declaration of war against the Netherlands, a country that finds itself half under water due to global warming. Trying desperately to hold things together is Oscar Valparaiso, political consultant and spin doctor extraordinaire, who has just engineered the election of a new liberal senator for the state of Massachusetts, only to discover that his boss suffers from severe bipolar disorder. Looking for a new challenge, Oscar takes a job with the U.S. Senate Science Committee. His first assignment is to investigate the scandal-ridden Collaboratory, a gigantic, spaceshiplike federal lab in East Texas. Oscar, himself the result of an illegal Colombian cloning experiment, immediately falls head over heels for a gawky but brilliant young Nobel laureate, with whom he sets out to save both the lab and the nation from Green Huey. In his latest novel (after Holy Fire), Sterling once again proves himself the reigning master of near-future political SF. This is a powerful and, at times, very funny novel that should add significantly to Sterling's already considerable reputation. (Dec.)
close
Details