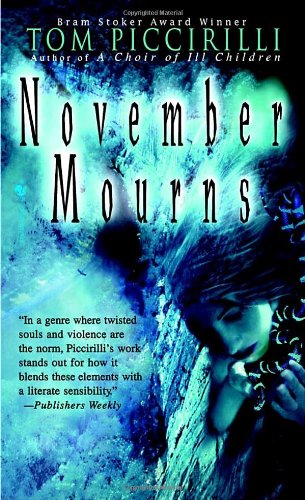 The investigation of a young girl's apparent murder takes a sharp turn into territory in Piccirilli's moody follow-up to (a Stoker finalist). Shad Jenkins is serving out the final days of his two-year prison sentence when he's briefly visited by the ghost of his beloved little sister, Megan, who has just been found dead on a mountain road outside Moon Run Hollow, without a mark on her body. He returns home bent on bringing those responsible to justice, but all potential suspects have solid alibis. Ignoring warnings about the legendary miseries that haunt the mountains where Megan died, Shad takes to the hills to look for clues. His adventures among Tobacco Road moonshiners, snake-handling cultists, interbred grotesques and Bible-thumping fanatics interconnect for a sustained and unnerving evocation of the dark side of Appalachia. Piccirilli successfully blends character and incidents to conjure a spirit of the strange that plays a key role in the tale's surprising but fitting finale. In lieu of a tidy conclusion, this loose and episodic horror novel tantalizes with hints of awesome mysteries that defy complete understanding.