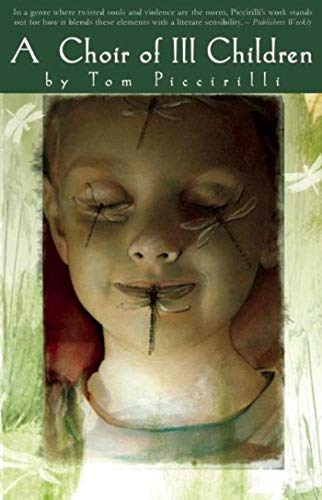 A CHOIR OF ILL CHILDREN

In this compelling Southern Gothic, Piccirilli (whose 2002 novel has grabbed the Stoker for Best Novel) presents a searing portrait of twisted souls trapped in a wasteland. Thomas, the wealthiest inhabitant of the swamp-infested county of Kingdom Come, a bastion of superstition and ignorance where he's simultaneously reviled and revered, lives with his brothers, conjoined triplets sharing a single brain who act as a sort of Delphic oracle. Thomas also shares a platonic relationship with his wife Maggie: the two were married by his best friend Drub, a black preacher with a penchant for nudity and prophecy. Into this jambalaya intrudes a northern film student (who falls in love with one of the triplets), a sexually precocious young girl from the swamps and a "dog kicker" who terrorizes Kingdom Come. When the local granny witches become agitated and accuse Thomas of neglecting his duties to the land, you can just bet there's plenty of trouble ahead. Piccirilli masterfully increases the tension by playing with stereotypes and manipulating the flaws of his subjects' characters, creating a world where what happens on the outside is a pale reflection of what goes on inside. As such, the novel will appeal both to genre fans and to readers of Flannery O'Connor and even of William Faulkner. James Lee Burke and Harry Crews devotees should also take note.