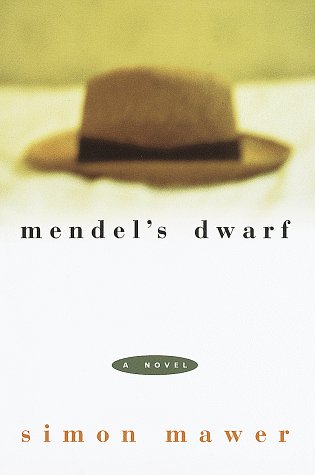 The premise for British McKitterick Prize winner Mawer's fourth novel (his American debut) borders on the dangerously clever. His hero, Benedict Lambert, is a world-famous geneticist; a descendant of the founder of genetics, Gregor Mendel; and the victim of a particularly radical and unfortunate genetic mutation: he's a dwarf. Structured as a double biography, the novel unfolds the story of Lambert's life--his education, his various loves and his struggles with his deformities--alongside the tale of Mendel's life and career, hampered as he was by his peasant background, his eccentricity and the strictures of the religious order to which he belonged as an Augustinian monk. Lambert is also the book's narrator; and, although his voiceovers are at times oppressively portentous, concealed beneath them is a lively, engaging narrative, including accounts of both Lambert's and Mendel's erotic frustrations and crystalline explanations of their scientific discoveries. Sophisticated, tortured and witty, Lambert is a character on the grand scale, a combination of erudition and cruelty reminiscent of Nabokov's Humbert Humbert. And, like Humbert, Lambert is tortured by an impossible, unrequited love, which ultimately drives the novel to a tragic, shockingly cruel denouement. (Mar.)
close
Details