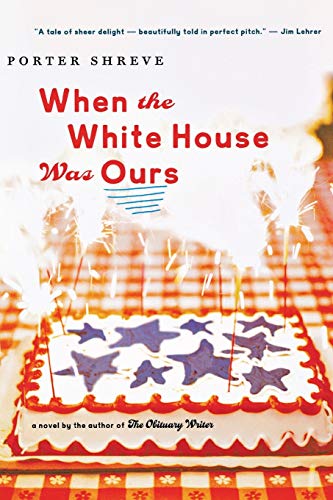 When the White House Was Ours

A loosely autobiographical story of free love and family set against the hopeful but disappointing Carter presidency, Shreve's third novel skillfully interweaves the story of teenager Daniel Truitt with that of the United States at a crossroads. On the eve of the nation's bicentennial, the Truitts relocate to a deteriorating Washington, D.C., mansion after Daniel's father, Pete, loses yet another teaching job. Pete plans to launch an experimental school where students and teachers are equal, but Daniel's mother, Valerie, weary of their peripatetic life and her husband's failures, sees the school as their last chance. Soon, Valerie's hippie brother shows up, bringing trouble with him in the form of his wife and her lover. When the ragtag group manages to attract a few students for Our House, as the school is named, the family's hope for success grows in proportion to its members' enthusiasm for a Democratic president. The political backdrop is perfectly played, as is the bittersweet nostalgia that makes the book and its freewheeling gang irresistible.