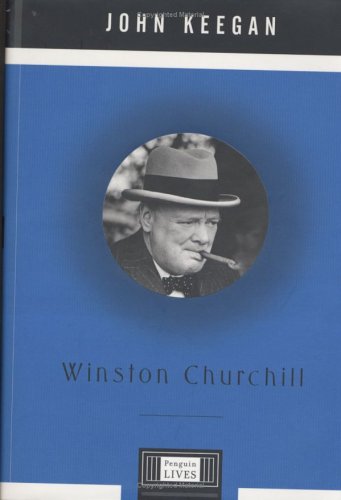 The Old Testament and were the most important influences on one of the 20th century's great wartime leaders. These books essentially created the man, argues renowned military historian Keegan (), and Churchill's own words would, in turn, be the key to his greatness: "In the end the personality of Churchill and the prose that inspired his being so interpenetrated each other as to be indistinguishable and mutually inextricable." This is somewhat ironic, Keegan shows in his concise, elegant biography, as Churchill (1874–1965) was a middling student who barely passed the entrance exam for military college. But his one love was history—from his voracious, lifelong reading he gained a profound belief in Britain's glorious destiny. Keegan traces the familiar formative events in the future prime minister's life. During the Boer War, he was taken prisoner and his daring escape made him a national hero. After winning election to Parliament (as a Conservative) in 1900, Churchill began his political career championing social reforms that would help the working class. Indeed, his views were so pro-worker that he temporarily switched to the Labour Party. As Hitler rose to power, Churchill began a long, frustrating campaign calling for military preparedness in order to meet the growing fascist threat. Churchill's genius, Keegan stresses, was in his ability to communicate his vision of Britain as a glorious nation with a great civilizing mission, and the book does an excellent job describing his subject's rhetorical power. This is a pithy, highly accessible biography that can be enjoyed over a couple of sittings.