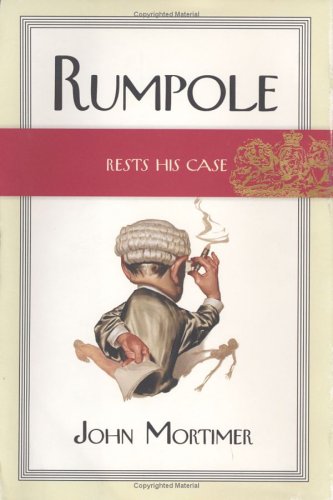 Mortimer's many fans on both sides of the Atlantic will delight in Horace Rumpole's return after a six-year hiatus in this amusing collection of the gruff but lovable barrister's latest exploits. The familiar cheroot-puffing, claret-quaffing denizen of Old Bailey now faces the challenges of a new millennium—including illegal aliens, drug-dealing and fraudulent e-mails—as he defends a series of peculiar clients. In "Rumpole and the Old Familiar Faces," Horace laments his reunion with a former blackmailer, now turned lord of the manor, whom Horace persuades to donate ill-gotten gains for the restoration of a church steeple. "Rumpole and the Asylum Seekers" has the barrister teamed up with an Afghan doctor who smuggled himself to England in a crate of chutney and now faces prison and torture if he is sent home. In the case of "Rumpole and the Camberwell Carrot," he rescues the career of a controversial politician branded with drug-use allegations by a seductive tabloid reporter. Next, in "Rumpole and the Teenage Werewolf," he comes to the aid of an alleged stalker whose e-mail address has somehow been usurped to harass a young coed. A courtroom collapse almost finishes his career in the title story, when wife Hilda ("She Who Must Be Obeyed") tries to keep him around their Froxbury Mansion flat ("decidedly not a mansion," regrets Horace) to help with the shopping. Using fade-ins for quick scene changes reminiscent of the popular PBS series , Mortimer proves his wit is as sharp as ever; he and his hero deserve a hearty welcome back.