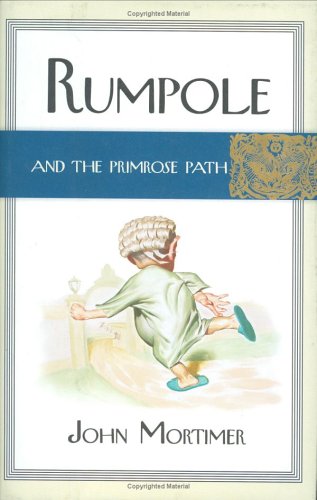 RUMPOLE AND THE PRIMROSE PATH

In Rumpole's last outing, (2002), Mortimer's beloved barrister suffered a near-fatal heart attack, but as shown in this delicious new story collection, Rumpole still has plenty of life left, despite the preparations some of his blithely insensitive colleagues in chambers make for his imminent demise. In the ingenious title tale, which has been nominated for an Edgar, Rumpole is recuperating in the Primrose Path Home, until the mysterious death of an elderly fellow patient prompts him to slip back to London, where he soon figures out that there's something fishy afoot at his former rest home. The five other entries offer puzzles nearly as clever, though in one story, in which a juror turns out to know someone connected to a murder case, the apparent lack of a voir dire process for screening jurors may strike some readers as odd. As always, however, it is the character of Rumpole and his supporting cast, headed by wife Hilda ("She Who Must Be Obeyed"), that provides such pleasure, along with a perfectly crafted style that owes much to P.G. Wodehouse. If at times the bumbling Rumpole, like Bertie Wooster, must suffer one comic humiliation after another, let it not be forgot that Rumpole, unlike Bertie, is a competent professional who operates in a recognizably real and often nasty contemporary world. May he, as his wife so confidently assumes over their anniversary dinner in the uplifting final story, "Rumpole Redeemed," be back for more legal escapades next year.

The Summer of a Dormouse