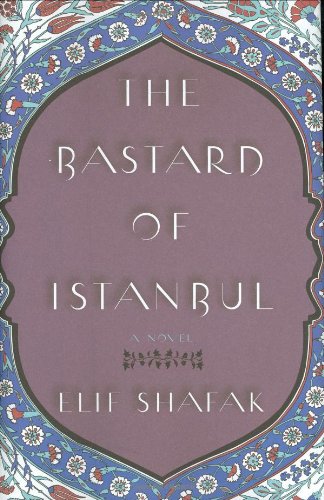 The Bastard of Istanbul

In her second novel written in English ( was the first), Turkish novelist Shafak tackles Turkish national identity and the Armenian "question" in her signature style. In a novel that overflows with a kitchen sink's worth of zany characters, women are front and center: Asya Kazanci, an angst-ridden 19-year-old Istanbulite is the bastard of the title; her beautiful, rebellious mother, Zeliha (who intended to have an abortion), has raised Asya among three generations of complicated and colorful female relations (including religious clairvoyant Auntie Banu and bar-brawl widow, Auntie Cevriye). The Kazanci men either die young or take a permanent hike like Mustafa, Zeliha's beloved brother who immigrated to America years ago. Mustafa's Armenian-American stepdaughter, Armanoush, who grew up on her family's stories of the 1915 genocide, shows up in Istanbul looking for her roots and for vindication from her new Turkish family. The Kazanci women lament Armanoush's family's suffering, but have no sense of Turkish responsibility for it; Asya's boho cohorts insist there was no genocide at all. As the debate escalates, Mustafa arrives in Istanbul, and a long-hidden secret connecting the histories of the two families is revealed. Shafak was charged with "public denigration of Turkishness" when the novel was published in Turkey earlier this year (the charges were later dropped). She incorporates a political taboo into an entertaining and insightful ensemble novel, one that posits the universality of family, culture and coincidence.