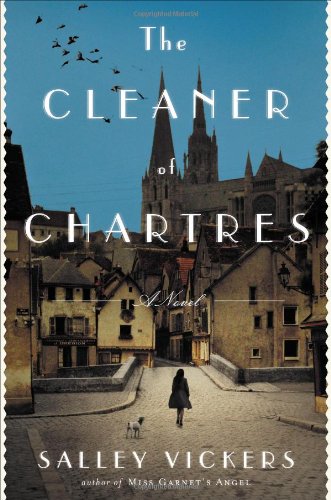 The Cleaner of Chartres

Drawn by its famous labyrinth, Agnès Morel has made a life in Chartres cleaning for the cathedral; its dean, Abbé Paul; and a variety of townspeople, who are connected by gossip, much of it circulated by the malicious Madame Beck. Vickers tells Agnès’s story in chapters that alternate between her current life and her earlier travails: raised by nuns after having been abandoned, she gets pregnant under mysterious circumstances, is forced to give up the baby, then has a breakdown. As in her bestselling Miss Garnet’s Angel, Vickers leavens her realism with a subtle fairytale quality and a version of Christianity in which doctrine is less important than kindness or its absence, and in which the Devil exists, “but only in people’s minds. That is his power.” Things seem dark when Agnès’s past collides with her present, but actually her luck may be changing. She learns to read, meets a sexy restorer, and, while ministering in simple but meaningful ways to some of her fellow townspeople, winds her way back to the center of her difficult life and out the other side. Though the darks and lights could be more nuanced, and the author’s hand could be lighter, Vickers uses the Chartres Cathedral to ground a charming if not entirely surprising story. Agent: Jonny Geller, Curtis, Brown (U.K.). (July)
close
Details