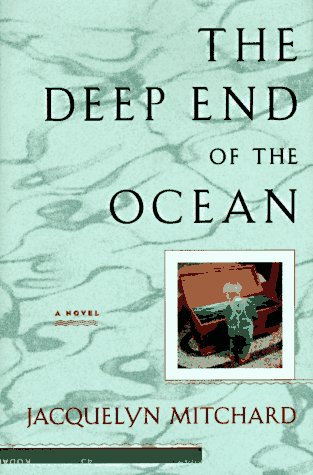 The Deep End of the Ocean: 0a Novel

One of the most remarkable things about this rich, moving and altogether stunning first novel is Mitchard's assured command of narrative structure and stylistic resources. Her story about a child's kidnapping and its enduring effects upon his parents, siblings and extended family is a blockbuster read. When three-year-old Ben Cappadora is abducted from a crowded Chicago hotel lobby where his mother, Beth, has taken him and his two siblings for her 15th high-school reunion, Beth's slow-motion nightmare is just the beginning of nine years of anguish about his fate. Beth retreats into an emotionless, fugue-like state, in which she neglects her surviving two children-oldest child Vincent and a baby daughter, Kerry-and seals herself off from her husband, Pat, the manager of a family restaurant near their home in Madison, Wisc. Yet jolting surprises continue to rock the narrative, as clues to Ben's fate emerge and the tension in the Cappadoras' marriage accelerates. That tension is partly responsible for and partly reflects the now teenaged Vincent's increasingly aggressive behavior, his desperate effort to forget that he had been in charge of his younger brother when Ben disappeared. Meanwhile, the large, voluble Cappadora clan remains faithful to the hope of Ben's return, disapproving of Beth's cold, angry denial that she will ever see her boy again. When she does, after nine years have passed, a series of bitter ironies drives the family off balance once more. Mitchard imbues her suspenseful plot with disturbingly candid psychological truths about motherhood and family relationships. Displaying an infallible ear for family conversation and a keen eye for domestic detail, she writes dialogue that vibrates with natural and unforced humor and acerbic repartee. She charts the subtle and minute gradations of maternal love with candor and captures the essence of teenage experiences and lingo. The novel becomes a universal tale of traumatic loss and its effects on individuals and families, an astute inquiry into the wellsprings of identity and a parable of redemption through suffering and love. Readers who explore the uncharted reaches of ""the deep end of the ocean"" with the Cappadoras will find this compelling and heartbreaking story-sure to be compared to The Good Mother-impossible to put down. Mitchard, who previously wrote the nonfiction Mother Less Child, has a wise and compassionate heart and talent to spare. 100,000 first printing; $100,000 ad/promo; movie rights to Peter Guber's Mandalay Entertainment, in conjunction with Michelle Pfeiffer's production company; rights sold in England, Italy, France, Germany and Holland; author tour. (June)
close
Details