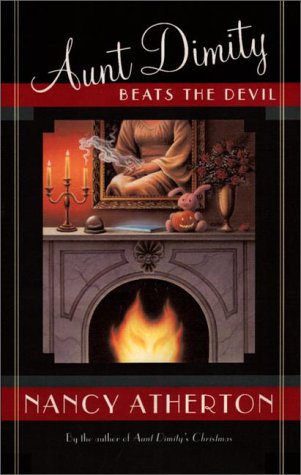 ""Plucky women long for action,"" asserts Lori Shepherd, who finds plenty of mischief, both ghostly and human, at Wyrdhurst Hall in her action-packed sixth supernatural cozy. Leaving husband Bill at home in the Cotswolds with their 18-month-old twin boys, Lori drives to a remote spot near the Scottish border to evaluate an old library for the new residents of Wyrdhurst, newlyweds Jared and Nicole Hollander. Alas, she takes a wrong turn in a rainstorm on the high Northumberland moors and narrowly escapes a landslide that washes her car off the road. Brought unconscious by handsome writer Adam Chase to his isolated hut, Lori later feels strangely attracted to her rescuer. The next day she learns from army captain Guy Manning that she'd driven on to a restricted military area because someone had left open a gate that should have been locked. Her accident may have been no accident. Finally arriving at Wyrdhurst, she has to wonder about her hosts, ascetic Jared and meek Nicole, who admits to Lori that Jared has yet to consummate their marriage. Investigating the library, Lori uncovers love letters between Claire Byrd, daughter of Wyrdhurst's formidable first owner, and Edward Cresswell, a soldier who died in WWI, that point to past tragedy. In the present, Captain Manning moons over Nicole, Adam remains a dangerously attractive presence and Lori's late Aunt Dimity provides sound advice from the beyond. What might be merely silly or ridiculous in lesser hands, Atherton here pulls off with irresistible flair and charm. 4-city author tour. (Oct.)
close
Details