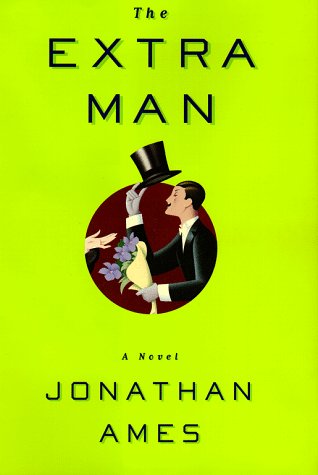 When he comes to New York City, having been fired from his job at a Princeton prep school, Louis Ives, the confused young hero of Ames's comic new novel, finds that his first challenge is the search for an affordable apartment and an acceptable roommate. He gets more than he bargained for with a cozily squalid place on the Upper East Side and the man with whom he shares it, Henry Harrison. Henry is a dedicated eccentric, unsuccessful playwright, gentleman freeloader and ageless senior citizen whose vocation is escorting elderly rich women as an ""extra man."" As Henry introduces him to some peculiar delights of city living--how to sneak into Broadway plays and piss in the street unnoticed--Ives begins to indulge the sexual fixations, notably cross-dressing, that got him into trouble in the first place. Ames balances Henry's arch if not camp lifestyle, peppered throughout with Noel Cowardish observations, with Ives's tentative exploration of New York's transvestite underworld. As the drag queen hostess at Ives's favorite bar puts it to him, ""You're not really straight, but you're not really gay. You're straightish."" Ives, however, continues to push his sexual ambivalence, until his ""tranny-chasing"" inevitably threatens his friendship with his outlandish roommate. Unlike Ames's moody debut about sleazy New York (I Pass Like Night), this narrative maintains its sense of humor even in the most straightened, kinky or depressing circumstances. If the resolution is a bit mechanical, the novel's comic atmosphere is otherwise admirably sustained. (Aug.) FYI: Ames, a columnist for the New York Press, is also a stand-up comic.
close
Details