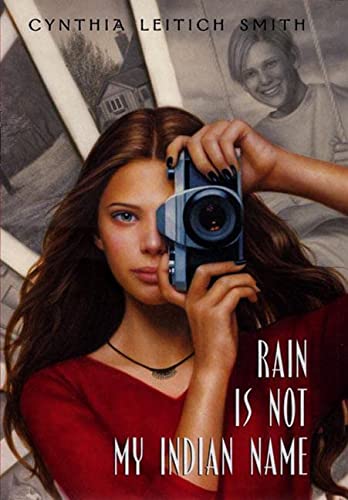 RAIN IS NOT MY INDIAN NAME

Multiple plot lines and nonlinear storytelling may make it difficult to enter Smith's () complex novel, but the warmth and texture of the writing eventually serve as ample reward for readers. The sensitive yet witty narrator, 14-year-old Cassidy Rain Berghoff, grows up in a small Kansas town as one of the few people with some Native American heritage. That experience alone might challenge Rain, but Smith creates a welter of conflicts. Rain's mother is dead (she was struck by lightning), and as the novel opens, her best friend is killed in a car accident just after he and Rain realize their friendship has grown into romance. Six months later, her older brother urges her to go to her great-aunt's Indian Camp. At first she shrugs it off, but later volunteers to photograph the camp for the town paper and begins to share her Aunt Georgia's commitment to it. When public funding for the camp becomes a contested issue in the city council, Rain decides to enroll. Some of Smith's devices—such as opening each chapter with a snippet from Rain's journal—add depth and clarify Rain's relationships for readers, although other elements (the detailing of song lyrics playing in the background, for instance) seem stilted. Even so, readers will feel the affection of Rain's loose-knit family and admire the way that they, like the author with the audience, allow Rain to draw her own conclusions about who she is and what her heritage means to her. Ages 10-14.