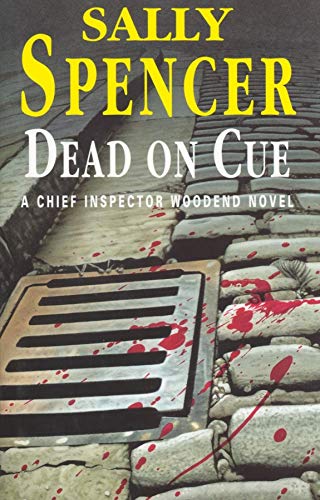 In this fast-paced, often humorous puzzler from British author Spencer (), backstabbing among media executives, aspiring stars and script writers at the remote Lancashire studios of the TV series is both verbal and literal. "," as insiders call it, once "was a television phenomenon," but lately has been losing viewers, and its autocratic producer, Bill Houseman, is looking for solutions. A clash of egos with equally headstrong director Jeremy Wilcox sets the stage for "Cloggin'-it Charlie" Woodend, a painstaking and seemingly dull-witted police detective assigned to find out who planted a screwdriver in star Valerie Farnsworth, leaving her "dead on cue" during a live broadcast. Ignoring troubles at home (his daughter has fled to the nightlife of London), the lead-footed inspector dutifully interviews all sorts of scheming characters drawn from television's tawdry world in his determination to solve what becomes a double murder case after Houseman is also done in. Jealous police officials connive against each other, while Charlie remains above it all, just doing his job. Spencer melds her characters' spoken words and inner thoughts seamlessly, and nimbly makes scene changes to places as far away as the California coastline. Descriptions of melancholy English moorlands are reminiscent of Conan Doyle, as is the inspector's sudden revelation of the culprit in a tense final scene, occurring just before an improbable happily-ever-after epilogue.