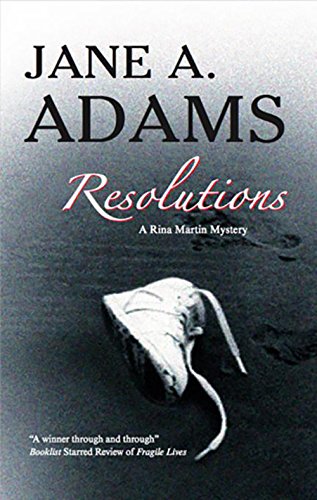 Det. Insp. Mac McGregor, who's been on spiritual retreat in the seaside town of Frantham since a terrible ordeal a year earlier, gets a second chance to catch a killer in Adams's absorbing fourth Rina Martin mystery (after 2009's The Power of One). When Mac confronted kidnapper Thomas Peel on a beach one night, Mac was unable to stop the fiend from cutting six-year-old Cara Evans's throat and escaping. Now Peel, who some hoped had committed suicide, has resurfaced in the Frantham area. Peel's grown daughter, Emily, has new cause to be afraid, as do many others. Rina and her household of diverse and diverting characters at her Victorian B&B, Peverill Lodge, lend Mac their support, though Detective Chief Inspector Wildman, who heads the hunt for Peel, remains poised "to catch him out, to take note of any weakness and seize upon it." Peel's abduction of Mac's crime scene investigator girlfriend, Miriam Hastings, raises the stakes. The suspense builds to a fitting and satisfying climax. (July)
close
Details