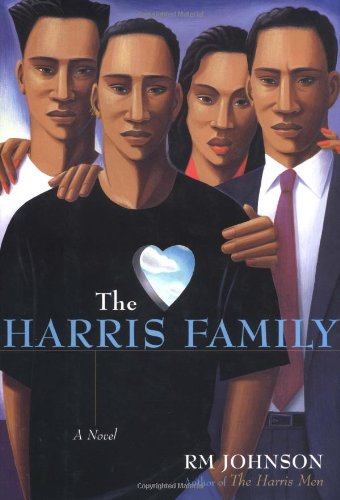 Johnson's sequel to picks up five years after the previous book ended, reintroducing readers to guilt-plagued patriarch Julius Harris and his three estranged sons: Austin, Marcus and Caleb. It tries to explore issues of forgiveness, redemption and familial solidarity within a humanistic framework, but is quickly sunk by graceless prose, hilariously awkward dialogue—"My nipples are so hard I could cut diamonds," one breathless lover murmurs—and a sensibility so middlebrow it would make Barry Manilow wince. Worse yet, Johnson's cast of middle-class African-American protagonists comprises only vapid, generic and underdeveloped soap opera stereotypes. In , Julius discovered he had cancer, and tried to reconcile with the adult sons he abandoned years ago; now, he learns that the cancer has gone into remission. Since Julius was able to win over only Caleb in the previous book, he spends most of this one working on Marcus and Austin. Along the way, the narrative shifts between Julius and each of his progeny, all of whom have grown up with some pretty serious character defects, as a result of not having a father around during their formative years. Marcus is self-centered and juvenile, reluctant to commit to his girlfriend, Reecie. Austin is similarly shallow, an arrogant lawyer who's willing to play custody games with his kids just to get back at his ex-wife. Caleb, an ex-con, is the best of the lot, but his quest to rescue former girlfriend Sonya and son Jahlil from evil drug-dealer Curtis is pure pulp melodrama. It occasionally manages to be trashily readable, but Johnson's second effort is mostly flat, predictable and trite.