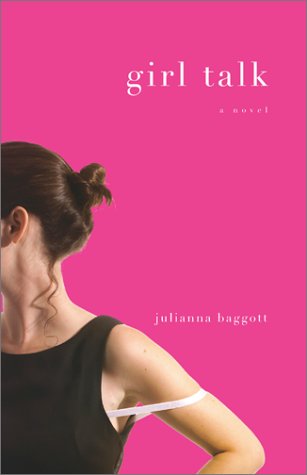 Poet and short story writer Baggott's debut novel is a touching coming-of-age story that delivers more depth than its title might imply. A baby boomer doctor's wife in New Hampshire takes her 15-year-old daughter on a voyage of discovery, then later denies the secrets revealed by calling it ""the summer that never happened."" Although accustomed to being roused from sleep for her mother's late night ""girl talks,"" Lissy Jablonski is unprepared for what her mother, Dotty, has in mind one summer night in 1985. Lissy's gynecologist father has run off with a young bank teller. When it becomes evident that her husband is not going to return, Dotty counsels Lissy, ""Don't cry... he's not your real father,"" and Lissy begins to discover her mother's tangled past. The two embark on a road trip to Dotty's hometown of Bayonne, N.J., where Lissy learns about her one-eyed, mythically endowed biological father, Anthony Pantuliano; the grandmother she thought was dead; and the choices her mother made that shaped both their lives. On the way to Bayonne, Lissy loses her virginity to Church Fiske, the son of her mother's best friend, wealthy ex-debutante Juniper Fiske. Looking back in 1999 as a 30-year-old, newly pregnant but unmarried advertising exec, Lissy realizes that she is repeating the patterns of her mother's life, as Church asks the same question of Lissy that Anthony asked of Dotty. Baggott's multilayered, psychological tale is told with a deceptively light tone, in scenes shifting from past to present. (Feb. 13) Forecast: Gen-X women and their mothers should find this novel absorbing, despite the occasionally awkwardness of the dual narrative. Appealingly quirky characters will charm readers who remember the '80s and could spark interest for informal book clubs. A 10-city nationwide author tour will help sales; foreign rights have been sold in six countries.
close
Details