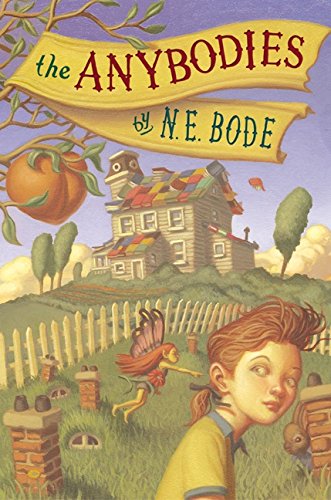 "Anne of Green Gables never had to deal with such a mess. Neither did Heidi with her grandpa in Norway or wherever." Writing under a transparent pseudonym, the adult novelist Julianna Baggott ( ) unfortunately tends to create some clutter herself, burying the potential of her story under familiar elements and delivering her plot in an overly precious narrative style. Fern Drudger copes with her oppressively boring parents (they give her toothpicks for her birthday, collect refrigerator magnets and cook only flavorless food), keeping to herself the seemingly magical things she witnesses. When she is 12, she learns she was switched at birth, and her real father, Bone, appears on the Drudger doorstep along with Mary Curtain, the nurse who made the mistake, plus the dull true Drudger son. As soon as Fern has left, "Mary" reveals herself to be Bone's friend Marty, both of them semi-talented "Anybodies," who can, with enough skill, become anyone they please. The hunt is then on for the comprehensive book, , once owned by Fern's late mother; the ominous Miser, a mysterious man with similar powers, also wants the book perhaps in order to "learn how to hypnotize nations." Although engaging in places, this is a scattershot tale that tries too hard to duplicate the self-conscious delivery of the Lemony Snicket books ("Here you could possibly decide that this is an altogether bad book"), with echoes of a –type plot development. Ages 10-13.