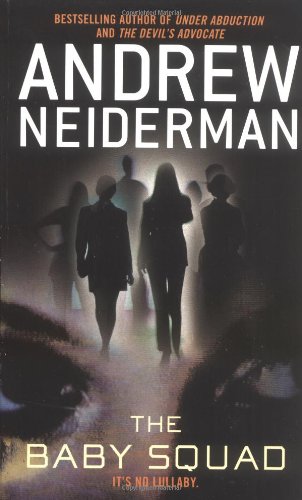 Set in the late 21st century, this nightmarish novel from Neiderman (, etc.) portrays a world where sterility is mandated, pregnancy is a crime and children are born under clinical supervision, ensuring that every twist of their double helixes will result in a Perfect Child. Naturally, there are those who yearn for pregnancy the old-fashioned, "Abnormal" way. Neiderman's fast-moving tale weaves together several such characters, but focuses on Natalie Ross, a romance novelist who was born an Abnormal. Despite her best efforts at using black-market birth control, Natalie finds herself pregnant—which could ruin her lawyer husband. Even more intriguing is a story line involving a group of young girls who are infatuated with the idea of pregnancy; at meetings of their clandestine PYPC (Pretend You're Pregnant Club), they stuff pillows under their shirts and commune on prenatal vitamins. One Machiavellian girl, hyper-sexualized and fascinated by the violence of animals, resorts to murder when threatened with exposure. The ideas that comprise the bulk of this book aren't novel—laboratory births and fascist family planning having been a sci-fi staple for decades—but Neiderman's light touch and breezy style make this well-worn idea seem new again.