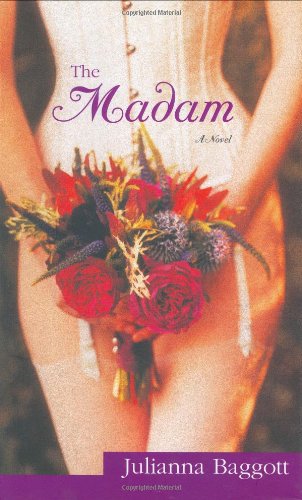 Baggott again explores family dysfunction in this fictionalized account of her own great-grandmother's bordello in 1920s West Virginia, though the mannered style is a departure from the darkly comic tone of her previous novels (, etc.). Alma and Henry can barely feed their three children—responsible Irving, slow-witted Willard, nervous Lettie—despite their grueling jobs, hers in a hosiery factory, his in a railroad yard. So when a bootlegging scam artist lends them money to buy a trunk containing "unclaimed goods from a ship of rich folks" down in Florida, Alma and Henry are desperate enough to quit their jobs and head south. The scheme doesn't pan out, and Henry announces he won't be returning home. Panicked, Alma heads back to West Virginia, picking up a giantess named Roxy along the way. Together with an opium-addicted former prostitute named Delphine, the women devise a plan to make money: Alma will open a whorehouse, Delphine will preside as "queen" and Roxy will keep the men in line. This arrangement sits beautifully with Alma's no-nonsense child-rearing philosophy ("What would [the children] learn among whores? Practicality"). But when Lettie turns 15, Alma is unprepared for her daughter's rebelliousness and turns to an unlikely source to save the girl's life. Despite its titillating theme and quirky supporting characters, this is a rather standard kitchen-sink drama. Baggott weighs down the story with pretentious, awkward, vaguely folksy expressions ("he looks mannerable"; "she is desirous of the change she feels"; "Alma hears a car rattle to a bereft exhale"). Fans of her readable, charming earlier novels may be mystified.