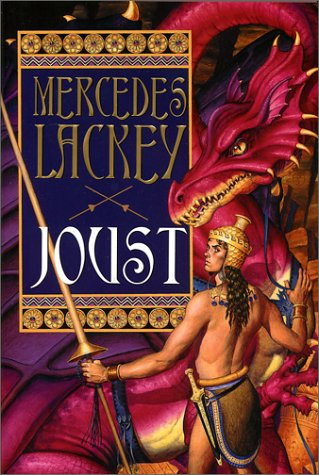 In this elegant, compelling fantasy from the prolific author of the Valdemar series (, etc.), Lackey combines meticulously detailed dragon lore with emotionally intense, realistic human characters. In the arid desert country of Tia, the Altan serf Vetch has to scramble after whatever crumbs are left over after the servants, the slaves and the animals have been fed, while doing the work of three or four full-grown boys. Being hungry is hard enough to take at the best of times, but being a hungry, growing boy, sorely overworked during the dry season when even the beasts of burden are sheltered against the cruel sun, is intolerable. By chance (or the will of the gods), this dreadful situation comes to the notice of one who can change it. Jouster Ari, a dragon rider and a warrior of the Great King of Tia, dislikes cruelty to animals, men and even to mere serfs. In a neat turn of events, Vetch becomes Ari's dragon boy and the caretaker of Ari's dragon, Kashet. What follows is a detailed look at the lives of Tia's dragons, their dragon riders and those who care for them. This uplifting tale, which contains a valuable lesson or two on the virtues of hard work, is a must-read for dragon lovers in particular and for fantasy fans in general.