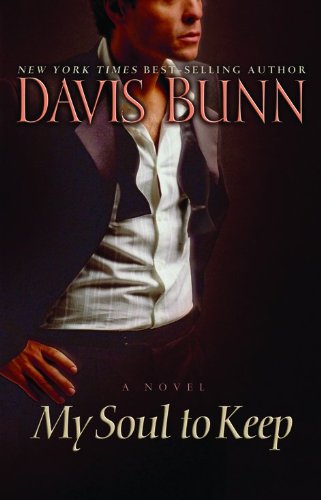 My Soul to Keep

In this page-turner reminiscent of , Bunn alternates between the story of Brent Stark, an Oscar-winning actor and recovering addict who has converted to Christianity in prison, and Shari Khan, a Hollywood underling looking for her big break. When a Nashville-based businessman decides to start a film company, he asks Brent to direct the first movie—a Daniel Boone biopic that eschews “political correctness” and returns Boone to “the pedestal.” Conversely, Shari uses knowledge of this independent venture to catapult herself to the upper echelons of the major studio where she is a lowly personal assistant. Soon enough, she is spearheading efforts to get the studio’s own Boone biopic, one that vilifies Boone and sympathizes with Native Americans, released first. Bunn’s treatment of the ensuing David and Goliath drama is well-paced and entertaining. This novel, like the Christian film at its center, provides an alternative for conservative Christian audiences looking for entertainment that reaffirms both their political and theological values. The Hollywood insiders here are self-serving criminals who cynically promote liberal values in their films, while the Christian filmmakers are stratospherically successful, wealthy, and the beneficiaries of many miracles, all of which affirm that God is in their corner. While not to all tastes, this novel is sure to please fans and increase Bunn’s readership.