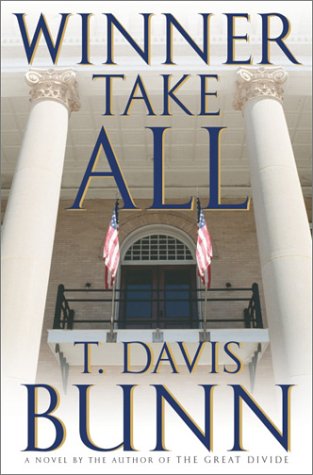 A damaged and vicious international opera diva absconds to Europe with her baby daughter in this latest legal thriller from Bunn (). North Carolina legal eagle Marcus Glenwood, the hero of Bunn's earlier thriller , is surprised when high-powered CEO Dale Steadman approaches him for help on a case, since Glenwood recently dealt Steadman's company a courtroom thrashing. But the lawyer takes pity on Steadman when he learns that the CEO's ex-wife, gorgeous opera star Erin Brandt, has kidnapped the one-year-old daughter she had virtually abandoned a year earlier in order to pursue her glamorous career. Glenwood finds his initial effort to make his case stymied by a rival lawyer as well as a shield of celebrity that makes it difficult to get Brandt into court. He finally succeeds by sending his fiancée and research assistant Kirsten Stansted off to Europe to locate Brandt and the child. Stansted makes progress, but the situation deteriorates considerably when she is attacked by a mysterious stranger. Brandt soon turns up murdered in New York, and Steadman finds himself arrested after a coincidental trip to Manhattan as the crime is being committed. Bunn's depiction of family and romantic relationships is soaked in melodrama. Brandt is a particularly lurid, cartoonish figure who seems part witchy prima donna and—incongruously—part militant feminist, spouting such gems as "We are sisters, you and I. Molded by the same harsh flame." The courtroom scenes are long on loud arguments but short on tension and suspense, and the plotting is surprisingly sloppy. Bunn's fans can only hope he rebounds the next time around.